Classroom Norms to Start the Year

Out here in Boston, here at the half-way point in the summer, I'm starting to look forward at my big classroom norms for next year. When I say "classroom norms" I mean the guiding philosophical principles that can be referred to and cited to guide how we work and function as a classroom community. Here, I would like to reflect on where I got them, how I launched them, and how they bore out during the year. I will then talk about how I plan to change them for the coming school year. Throughout this post I have some questions highlighted in green for you readers, and I'd love to hear your feedback on if you're interested in sharing! You can reply to me on Twitter @bearstmichael, or comment here on this blog. I also provide a link later on so you can comment directly on the Google doc where I am drafting my norms for next year. 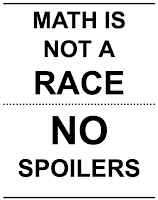 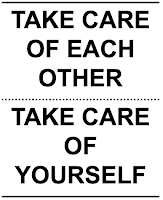 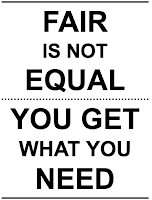 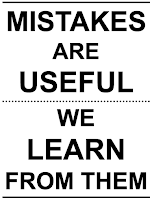 Where I Got My Norms. I got all but the second one from my mentor teacher Joey Kelly. He had a few others, but these were the biggest three that I took away from his class. The second one I made, because I know that my class is very group-work oriented, and I place a lot of responsibility on groups to stay and work together.

Clearly these are all pretty broad norms. This contrasts with some of the specific norms that I've seen in other classrooms like Always Show Up on Time or Always Check Your Answer. In general my working philosophy on classroom norms is to have fewer of them, because when norms get really specific I feel like I need more of them to cover my all my bases.

Another norm that I initially considered was Other People are People -- They Deserve Respect. I wasn't ready to deliver and talk about this norm, so I bailed on it the night before I was supposed to introduce it, replacing it with Mistakes Are Useful -- We Learn From Them.

How I Launched My Norms. In each of the first four days of my classes, I would focus on a different norm and use a math task that I felt embodied that norm. That way they experience the norm firsthand before I ask them to talk and think about it. Then, during the final closure phase of the class, I would connect the day's task to this norm, and then ask them some follow up questions in an exit ticket. Some tasks felt very connected to their associated norm, and others felt shoe-horned into the norm.

When picking tasks to pair with norms, I was also trying to balance this narrative arc with my goal to maximize engagement and fun those first four days. Here are those four tasks, in the order they rolled out:
I really liked this drawn-out process of grounding each of the big norms in a math task. In this way their first interaction with the norm is experiential, that way it starts as more of a feeling than words. I I also like that they are task-based because I think that we need to do math every day. Incidentally, I love leading the year with this particular  set of tasks because they all advance the Math-as-Play idea, which is something that I try to keep as close to the center of my classroom experience as possible. I also like having less than a handful simple, easy-to-say norms. The easier they are to exercise in many situations, the quicker/deeper/more often they become a part of my students' day-to-day experience.

I should note hear that this process of rolling out classroom norms is pretty different from another process that I have seen and experienced in many classrooms. Other classrooms might work as a class to brainstorm and collaboratively develop a set of norms by which to collectively abide. You might even develop a different set of norms for each class. You might also have more of than than just the 3-4 that you want to get across. I have participated in this process as a student, professional, and teacher.  I understand and appreciate the democratic and egalitarian philosophical foundation of this process. I'd love to hear other teachers talk about their own experience with this process. If so many teachers do it, and regard it as a best practice, then I should do what I can to learn about it and see if I should make it (at least in some way) a part of my practice.

How The Norms Bore Out Over the Course of the Year. Of the four norms, the one I used most was Take Care of Each Other -- Take Care of Yourself. This was my mantra, this was my routine response when students said that they were done with their work, or asked if they "really needed to do this, since it's not graded." This was how I couched my commitment to group work (and visibly-random groups specifically). This was what I said when encouraging students to volunteer, join clubs, sign up for summer programs, and take the harder class. Sometimes I would emphasize the first part, and sometimes the second. This was the highest-utility norm last year.

I also got a lot of great mileage out of Math Is Not a Race -- No Spoilers, because both parts of it come up so often. I also personally connect to this norm so much, because starting in high school I learned math (and did most of school) with a deeply competitive mindset. This competitive mindset pushed me far in my math learning, for sure, but really blew up in my face when I got to the more advanced math major classes my junior and senior year of college. Someday I'll share my math autobiography with you all!

But that was kind of it. Neither of the other two really came up that often, and I didn't take advantage of the times they did. Fair is Not Equal -- You Get What You Need is a norm that connects to a really big idea of "equity," which I would like to eventually make a bigger part of the explicit design and experience of my classroom. For sure, as I start to venture into the world of Special Education Math, it will become a bigger developmental focus for myself. Poor ol' Mistakes are Useful -- We Learn from Them. Another great message, but not one that I kept at the forefront of my classroom.

Changes for Next Year. Unsurprisingly, I intend to remove those last two norms (Fair and Mistakes). Below is my current draft of my norms. I am still developing them, and would love to hear what you folks think. Here is a link to the Google doc in which I am developing these norms. Feel free to make comments right there on the Google doc. 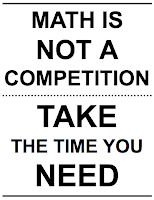 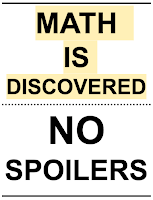 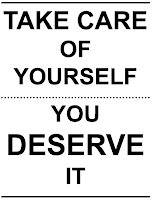 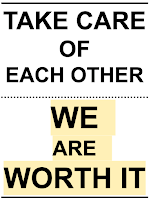 Some of these norms are parts or combinations of last year's norms. I tried to build on the norms that I ended up using more, and dropped the ones I ended up using less. I realized that I never really asked Joey where he got his class norms, which is where I got most of mine, or why they looked the way they did. (I'll actually get to see him tomorrow and can ask him in person!) I just know I liked the flow of the two parts to each norm--it felt poetic and dramatic. Nevertheless, as I was writing this blog, I wanted to be able to defend my decision to use each of these different norms as they were, so I kept asking myself to identify exactly what it was that I liked about the norms that I liked. Ultimately, I think that I have clarified for myself my own function of the two-part form for each norm. (Yay, helpful reflective blogging!)

I realized I felt more compelled by the norms myself when they offered a kind of justification for why I was asking students to live by them. So upon reflection, I realized that the things I wanted the two parts to separately do was provide a Imperative (what I'm asking the student to do) and a Justification (why I believe they should do it). Clarifying this for myself helped me to reformat my norms so that they all had the same [Imperative] -- [Justification] structure, and (hopefully) fit together a little better.

1. Take the Time You Need -- Math is Not a Competition. This is a combination of two of my old norms. Taking the time you need was probably my biggest enactment of the Fair norm. I also found that I said Math is Not a Competition more often than Race, usually in reference to students bragging about grades. Thus, I think that it is useful to expand it to a broader idea of competition, as opposed to just races. UPDATE (4/18/19): Next year I'm going to change this to "Take What You Need." This is so that I can expand it to be about calculator use. I'm globally pro-calculator, and I've had a few disparaging and misguided student comments, like, "You needed a calculator for that?" And I think this norm can guide of that.

2. No Spoilers -- Math is Discovered. I separated the "Competition" idea from the "No Spoilers" ideas, since they only felt partially connected to me anyways, and I felt I could make the "Competition" point more effectively in the above norm. The language about which I am the least sure is the part highlighted in yellow below, the justification for "No Spoilers." It doesn't feel like it has the same tone as the other three norms. What would you write to help justify exactly the "No Spoilers" norm?

I plan on doing roughly the same roll-out process next year, pairing each norm with a math task. I will make a later blog post with my complete plan for my first few days. UPDATE (8/21): I'm just going to link the document here to my First 5 days plan. In here are links to my slides and materials for all the days.
To improve on my roll-out of the norms, I think I will make a bunch of business-card-sized slips of paper with that day's norm on it. Then, as students are doing the task, I can give individual students the slip of paper when they do something that exemplifies that day's norm. This way students get a little more face-time with the norm during the class. Additionally, the physical presentation of the slip of paper offers more concrete/specific feedback on their representation of that norm. This process would require me to somehow at least introduce students to the norm, so that they know what it means when they get a slip of paper. How could I do that, without making the students think too hard about the norm before feeling it during the math task? Also, I suppose I could then use the little papers as a kind of raffle ticket, and have a little giveaway at the end of the first four days. Or I could make them stickers somehow, because kids love stickers (side note: personally, I can't stand stickers).

Thank you for reading and reflecting with me on this blog post--it really helped me to reflect and prepare for this coming year. Double-thanks if you reply to any of the open questions I have highlighted above in green! I intend to make another blog post going more deeply into my plan for that first week, discussing all of the other things that I do to start the school year.

Bear St. Michael
Tweet at me @BearStMichael on the #MTBoS. https://twitter.com/BearStMichael I am an early career high school math teacher. I have wanted to be a math teacher for a long time. I think math is interesting and useful. I think all children are great, interesting people. I get a lot of value out of reflective writing.