A Tool for Developing a "Curriculum Portfolio"

HOT TAKE: There is No “Magic” Math Curriculum
My Process for Analyzing Curriculum
You can see a blank template for my curriculum analysis here. You can see an example of me using this template to analyze IMP Years 1-3 here. This analysis of IMP represents ~10 hours of work. Feel free to leave comments on the documents if you want!

As always, I hope that this blog post was helpful for you--I know it really helped me to reflect and organize my thoughts around curriculum analysis and my own “Curriculum Portfolio.”

My Concerns About "Problem of the Week" and Related Systems

It is a common practice in different math classes and curricula to occasionally feature "random" big interesting math problems. IMP realizes this as a "Problem of the Week." Other curricula have "Thinking Problems" where students explore great problems in the middle of an unrelated unit. (I'll refer to these as POWs for the rest of this post.)

There are two big structures for "Doing Math" that I really value in math class, and want to understand better. This post is basically a reflection and narration of me working through the relationship between those two structures. They are "Big Problems" and "Problem Sets." The kind of math class I'm trying to learn how to lead is centered around these two big structures, and I need to do some reflection to figure out what they even are.

I realize that this is a public reflection about some pretty non-universal ideas, so I'm not sure how helpful this post and reflection will be to other people. I hope it is! Let me know what you think on Twitter @bearstmichael.
- July 19, 2019 No comments:

I've been privileged in my short teaching career to have had a lot of exposure to math electives in high school. In particular, I've had a rare experience with "pure math" electives. During my student teaching, I got to watch Joey Kelly teach two different versions of a semester Discrete Math elective (modular arithmetic, bases, and graph theory). Then last year I got to teach that class for myself. It was great for a bunch of reasons:

Especially as an early career teacher, observing, planning for, and teaching an elective math class was super beneficial for my development. I was looking for a "different" experience teaching the course, and students were looking for a "different" experience as a student. It's the perfect space to be radical and experimental in both curriculum and pedagogy. I will say, my administration and math team were also clear in their confidence and comfort giving me the opportunity to teach Discrete Math, and do with it what I wanted (provided kids learned worthwhile math).

I think students appreciated the chance to do some super different math, in a pretty different way. Most of them said as much, anyways. As a teacher, I know I had a lot of fun. By removing the (often harmful) pressures of a "regular" math class, and my admin empowering me to make bold teaching decisions, I learned a lot professionally.

Maybe later I'll try to consolidate my reflections on what I learned. Right now though, I'd like to look at some ideas of how I can advance the course, in both curriculum and pedagogy. Because my school doubled-down on it, and I'll actually have the chance to teach two different semester-long electives this year.

Course Descriptions
These are the topics I plan on covering. The topics I've highlighted are the once I haven't taught and/or know the least about, and am looking for resources and ideas! 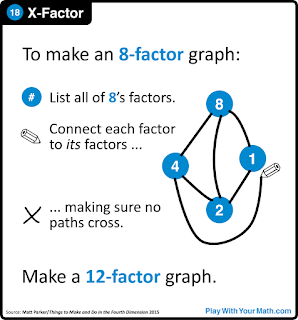 There's definitely more questions, comments, and concerns that I have in the planning of these courses. But these are the biggest questions in my head right now, and I appreciate having you as an audience to help push me to be reflective and thoughtful here!
- July 18, 2019 No comments: